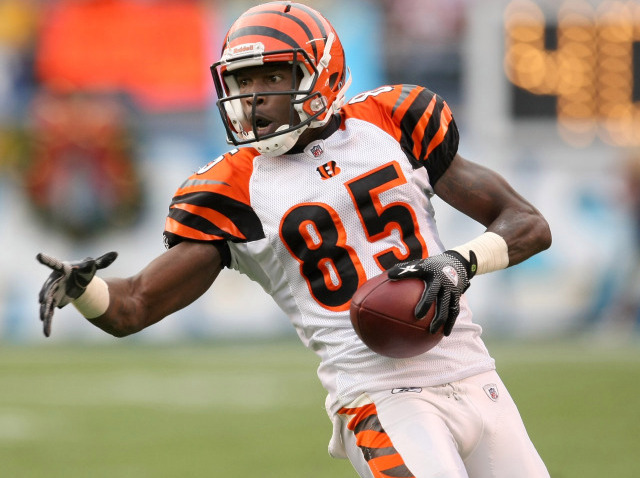 During the COVID 19 outbreak, athletes all over the world have stepped up to help people get through tough times. Now, one of the NFL’s most infamous wide receivers, Chad Johnson, is making headlines by spreading positivity during the virus.

Chad Johnson was the consummate showman.  His self-proclaimed nickname, 7/11, let other teams know that he was always open. Johnson had the skills to back up his talk. He had some of the quickest feet in the NFL and was a defensive coordinator’s nightmare.  He was drafted with the 36th pick in the 2001 draft and played ten seasons with the Bengels. During his career, he was a six time pro bowler and a four time all-pro wide receiver.  By the time he ended his Cincinnati career, he held at least ten franchise records, including receiving yards, receiving touchdowns and all-purpose yards. When he scored, fans would be on the edge of their seats to see how he would celebrate. He was famous for his Irish jig, his salsa dancing and whatever he could do to entertain fans when he scored a touchdown. Around the locker room, he was always joking around and would try to speak Spanish, but it would always come out wrong.

In Cincinnati, his jersey number was 85. As a joke his Quarterback Carson Palmer would call him Ochocinco (85) in order to mess with him. In 2006, Johnson legally changed his name to Chad Ochocinco Johnson so that he could wear it on his jersey.

Over the years, his antics started to wear on ownership and he was traded to the Patriots. He also played for the Dolphins before retiring in 2011. Outside of the game of football, Johnson kept in the spotlight. He competed on dancing with the stars and has been in numerous shows and movies such as the Bachelor, Sharknato and The League. He even has tried his hand at playing soccer on a professional level.

Chad Johnson does everything big so it is no surprise that he would tip big.  However, it is the reason for the tip that is making headlines.

Florida has recently allowed restaurants to open again. Johnson spent $37 at Havana’s Cuban Cuisine in Cooper City, Florida and left a note and a $1000 tip for the waiter.

The note reads as follows:

“Congrats on re-opening, sorry about the pandemic, hope this helps. I LOVE YOU.”

Johnson was a polarizing force on the football field.  His quick feet, skill and confidence made him one of the best and his antics off the field made him one of the most infamous players of his time. If you loved him or hated him, everyone can appreciate a guy who tries to help others when they need it the most.