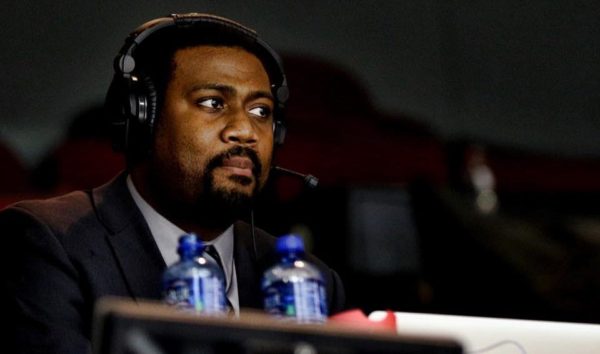 Believe it or not, Seattle has an extremely rich history on the ice. In 1917, the Seattle Metropolitans became the first United States based hockey team to win the Stanley Cup. Throughout the 20thcentury the Emerald City would become a gold mine of championship level amateur hockey teams. In 2018, the NHL announced that Seattle would once again have hockey back in the city. The Kraken would become the 32nd team in the NHL and would  start play in the 2021-22 season.

The Rise of Everett Fitzhugh.

In early August, Fitzhugh was named Seattle’s play- by play broadcaster at just 31- years-old. His journey to the NHL started when he was in the third grade, when he watched his first game between his hometown Detroit Red Wings and the Edmonton Oilers. Edmonton had two African American players at the time. Seeing this, Fitzhugh immediately decided that the Oilers would be his team.

Fitzhugh hopes to inspire others the same way the Oilers inspired him. He told the Octopulse Podcast that he is most excited to go in to share the vision of the Kraken and his passion for hockey with the Seattle community. Coming from a big hockey town like Detroit, he envisions the same passion for the game in Seattle.

At just 31, Fitzhugh has experience in many different aspects of hockey. He served as the Manager of Communications for the US hockey League and the Director of Media Relations and Broadcasting for the Youngstown Phantoms and the Cincinnati Cyclones.

From a young age Fitzhugh has had to deal with people making fun of him for being a fan of a predominantly white sport. His Mom would always tell him that “there is no white or black sports. If you are a hockey fan be a hockey fan.”

Years later Fitzhugh has taken this attitude to his work. He told Cincinnati.com

I think it made me want to work harder to say that I made it here and it doesn’t matter if you’re black, white, tall or short or whatever. If you have what it takes, you’re going to make it.”

His message to those who are struggling with the opinions of others is a simple one. “Don’t let the haters get you down. No matter who you are or what you do, someone somewhere is going to have something to say.”

This is a great lesson. No matter what we do there will always people who will try to stop us from pursuing our dreams. Stories like Fitzhugh’s show us that nothing can stop us from achieving our dreams if we work hard and don’t give up.