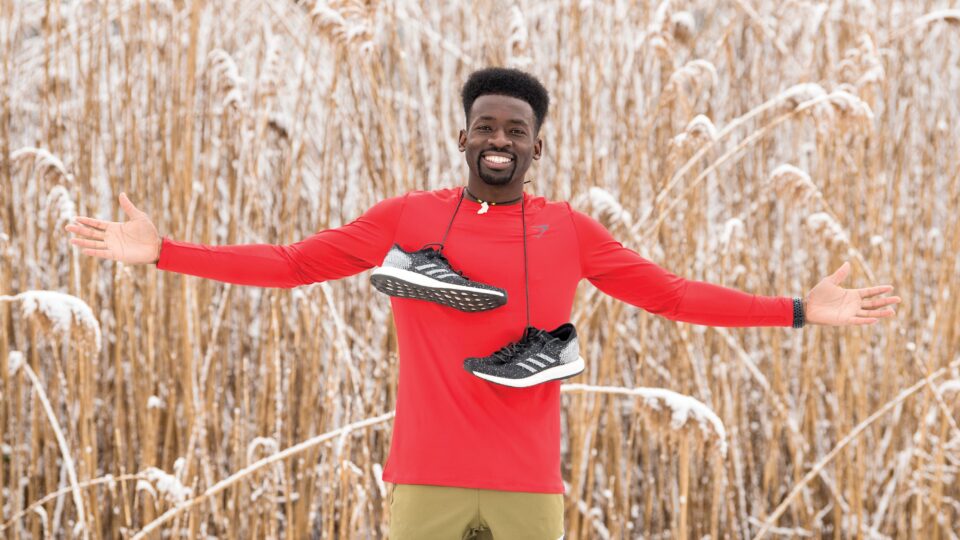 In 2017, Hellah Sidibe set a New Year’s resolution to run at least 10 minutes a day for a year. Studies have shown that most people give up on their New Year’s resolutions by the end of January, but not Sidibe. The more he ran, the more he wanted to see how far he could go. As of February 9th, 2020, Sidibe has run for 1000 days straight and has covered 6083 miles. That’s the equivalent of running from New Jersey to California and back.

Sidibe was born in Mali, West Africa and moved to DeKalb, Illinois just before entering high school. In school he was a standout soccer player. He was an all-conference and all sectional player and went on to play soccer at the University of Massachusetts, where he studied sociology. After college, he moved to northern New Jersey and resides in Rochelle Park. In an interview with Northjersey.com, he explained that he was inspired to run ten minutes a day by YouTuber, Paul Wallace who had run ten minutes a day for a year prior to Sidibe.  It was his background as a soccer player that gave him the confidence to reach his goal.

“I thought to myself, I’m an athlete — that should be easy for me! I hated running, but I wanted to try it for two weeks. After the first few days, I was already increasing my time and distance, and after the two weeks ended, I just continued,” he told Northjersey.com.

It wasn’t until October of 2017 that Sidibe decided to put content out on social media.  Since then, he has gained 137K followers on YouTube and over 20K on Instagram. Through these platforms, people from all over the world have been inspired by his journey. On YouTube, he was able to document his daily training, as well as his participation in races like the New York Marathon. Click below to check out the video celebrating his 1000th day of running.

In March, he hopes to run from New York to LA. If you would like to follow his journey, click on these links. If you liked this story, you would love our Podcast with professional track Athlete Chris Mirabelli.