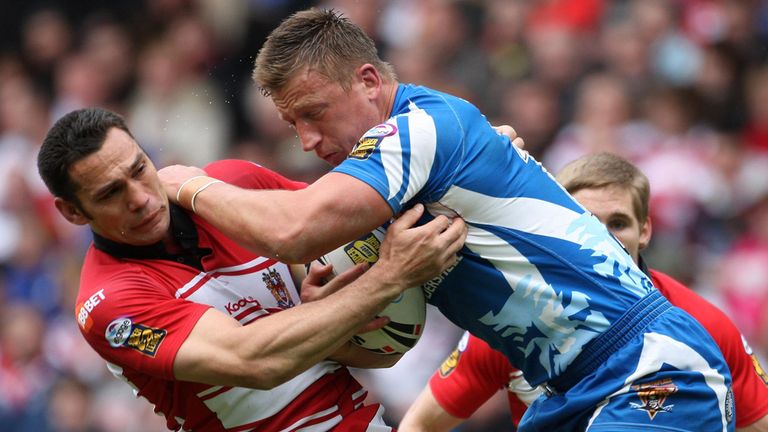 Mason had a 13-year career as a rugby player and started to train Riona Kelly to help her reach her walking goal. Reeling from her accident and her recent divorce, Kelly kept fighting, using her kids as her motivation to keep going. She began to see some progress and the Doctors were amazed. .

“I was dragging my body and I had no feeling in my legs but I didn’t care,” she said. “I was walking and that’s all that mattered,” she remembered. “Every day I built up my strength and after four months in the hospital, I was finally allowed to go home.”

Soon Kelly was able to start taking normal steps again. She told the Sun that it would take her about 50 minutes to walk 32 steps. She explained that it was her kids that motivated her to keep going.

Soon after coming home from the hospital, Kelly and Mason’s relationship began to grow into something more. The two began seeing each other and have been together ever since.

In the five years they have known each other, the pair has refused to let anything stop them. They have completed two marathons with Mason pushing Kelly in her wheelchair. The two have also started to share their fitness journey on Tik-Tok over the last couple of months.
Check out this awesome video from the BBC that shows the impact they have around the world.