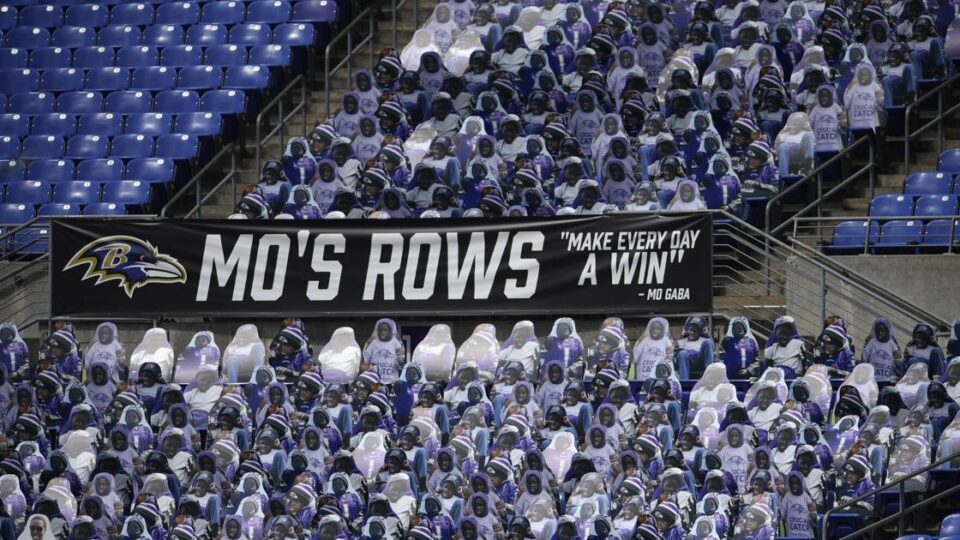 Mo Gaba was the world’s biggest Baltimore sports fan. After calling into a local radio station at the age of 9 to talk about his hometown team, Gaba became a staple at games across the city and inspired thousands in the process.

Gaba was fighting a form of cancer called bilateral retinoblastoma which is a malignant tumor of the retina that caused him to go blind. Despite his lack of sight, he became loved attending Raven’s and Oriole’s games.

Gaba touched the hearts of athletes on both Baltimore sports teams.

Mo developed a special relationship with Orioles outfielder/ first baseman, Try Mancini, after the two spent time together during the 2018 MLB All-Star break.

“Mo is, without a doubt, the most fearless and special person I have ever met in my life,” Mancini told ESPN.

The Legacy of Mo Gaba

In 2019 Mo became a national celebrity when he became the first person ever to announce a draft pick using braille.  At just 14 years old, Gaba showed unbelievable courage in his fight with cancer. On July 29th2020 Mo passed away due to the disease, sending shockwaves around the Baltimore community.

Many Former and current athletes took to social media to talk about the affect Gaba had on their lives.

Ravens great, Ray Lewis, had this to say via his twitter.

“An absolute honor to be able to pray with Mo just a few short weeks ago,” Lewis wrote. “What an inspirational young man and a life well lived! Proverbs 3:5 ‘Trust in the Lord with all your heart, and do not lean on your own understanding.’ Rest in Peace my little buddy.”

In the Ravens first game of the year, the team honored their number one fan in the best way possible. The Ravens placed cardboard cutouts of Mo throughout one section of the stadium. This section will be known as Mo’s rows. They also highlighted the Mo in BaltiMOre in the end zone. Please check out this heartwarming video the team made.  Mo’s story shows how much impact a person can have on a community. No matter who you are, how young or old you are, how long you’re here, you can inspire people and change lives.