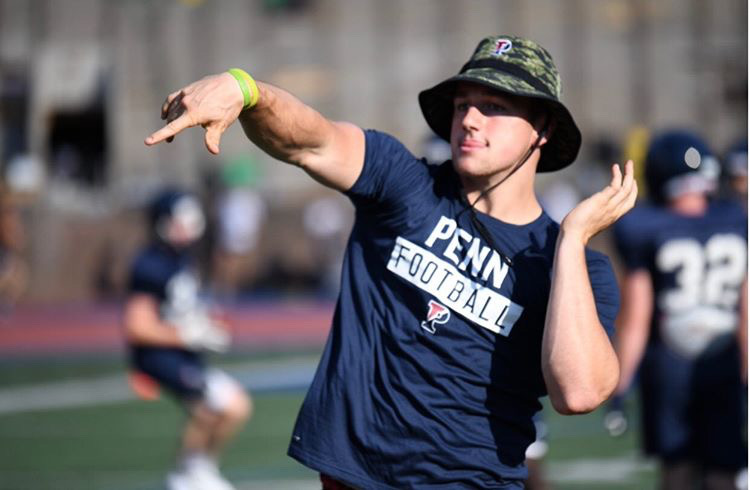 If someone told you that you could help save someone’s life would you do it? Would you hesitate? Or would you do whatever you could to help? If you are University of Pennsylvania defensive back Anthony Lotti, you step up and do what you can, even if it means donating your bone marrow.

Be A Match Bone Marrow Donation

As a freshman in college there is a lot to adjust to. You are living away from home for the first time, you are making new friends and if you are an athlete, you are trying to do all of this while playing your sport at an extremely high level. Like most Freshmen, Lotti was no longer a big fish in a small pond.

“I was now a small fish in a huge sea” he stated.  As a star athlete in high school Lotti wasn’t accustomed to not seeing playing time. He was a phenomenal player, starting Varsity all four years at Freehold Township High School. Although he didn’t get to play in his first year at UPenn, he did get to participate in one of the team’s most important traditions, The Be A Match Bone Marrow Donor Registry. All he and his fellow teammates had to do was cotton swab the insides of their mouths and send it to get tested.

For Lotti, it wasn’t something that he ever thought about. He went on living like most college students would do, that is, until he was studying in the library a year and a half later when got a call.

He was a match for a 37-year-old mother of three with Leukemia. “It was kind of an oh crap moment for me” he joked. After talking it over with his parents Lotti knew it was something he had to do. Lotti wasn’t the only one from his team to be called and to decide to take action. His teammate, Sam Philippi, had previously donated his marrow, Inspired by his mom with breast cancer.

“It was this comradery of having all of his teammates support that made the whole experience a lot better” he explained. “They were all extremely supportive of me and sent me a lot of good luck texts and checked up on me right after. Hopefully, one day when they get the call I can be right there with them.

The Surprise of a Lifetime

It wasn’t long before the good deeds of Lotti and his teammate were noticed by one very important member of the National Football League, Commissioner Rodger Goodell. Members of Goddell’s staff contacted the team and explained that they had a gift for the two of them.

Lotti and his teammate Sam were called for what they thought was going to be an interview about their experience. Instead it was Rodger Goodell offering them tickets to the 2020 Super Bowl. Check it out.

What He Learned From Being A Match

Now in his Junior year of college, Lotti says that this experience gave him a new viewpoint on life.  “Growing up my passion was football, it’s all I cared about, it’s all I identified as. I was so focused on being Anthony Lotti the good student and football player. This really taught me that what matters are your friends, family and loved ones. It gave me a new perspective.”

Lotti implored everyone to get registered by the National Marrow Donor Program. “You never know the impact you can have on someone’s life. It’s the greatest gift you can give and anyone can do it” he said.