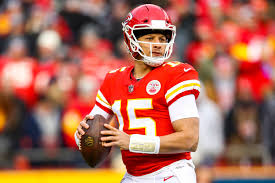 This season, Kansas City Quarterback Patrick Mahomes dazzled fans and opposing defenses alike with offhand shovel passes and no-look throws to wide open receivers.  The man plays like he has eyes in the back of his head. At just 23, Mahomes led the league in touchdowns and led his team to the AFC Championship where they lost in overtime to the Patriots 37-31. It is no wonder Mahomes won the MVP this season. Not only did he throw 50 touchdowns this year, but he also threw for a league-leading 5097 yards and only 12 interceptions in his first year as a full-time starter. Check out some of his crazy plays below.

Growing up, everyone knew that Mahomes was destined to be a tremendous athlete, but no one expected him to be going pro in Football. Mahomes first love was Baseball. His Father Pat Mahomes was a pitcher for the Mets, Rangers, Cubs, and Pirates. His dad’s gift for baseball was passed down to his son. By the eighth grade, Mahomes Jr was throwing a 90 mile an hour fastball. As a senior in high school, he was drafted as a shortstop for the Detroit Tigers. He decided to take a chance and stick with football

Having a dad in the MLB definitely has its perks. As a kid, Patrick Mahomes got to spend time in the clubhouse with some of the greatest players to ever play the game. While his Dad played with the Rangers, Mahomes got some sage advice from Alex Rodriguez. Check it out below.

I think this is excellent advice for anyone, not just an MVP level Quarterback. To be great at anything, we have to push ourselves to be better than we were the day before, even if we had a great day yesterday. I know for a fact that Mahomes won’t be satisfied with his MVP season in 2018. I am pumped to see what he does next year. 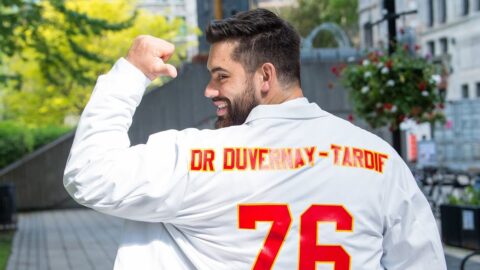 Trading Pads for Scrubs: Meet the Super Bowl Champ Who is Fighting COVID-19